In the summer of 1975, NASA brought together a team of physicists, engineers, and space scientists — along with architects, urban planners, and artists — to design large-scale space habitats for millions of people. This Summer Study was led by Princeton physicist Gerard O’Neill, whose work on this topic had previously been funded by countercultural icon Stewart Brand’s Point Foundation. The artist and architect Rick Guidice and the planetary science illustrator Don Davis created renderings for the project that would be widely circulated over the next years and decades and even included in testimony before a congressional subcommittee. A product of its time, this work is nevertheless relevant to contemporary modes of thinking about architecture. This lecture examines these plans for life in space as serious architectural and spatial proposals. 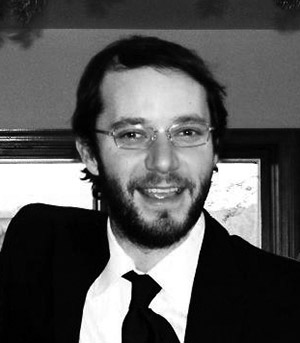 Fred Scharmen teaches architecture and urban design at Morgan State University’s School of Architecture and Planning. He is the co-founder of the Working Group on Adaptive Systems, an art and design consultancy based in Baltimore, Maryland. His work as a designer and researcher is about how we imagine new spaces for future worlds, and about who is invited into them. His first book, Space Settlements — on NASA’s 1970s proposal to construct large cities in space for millions of people — is out now from Columbia Books on Architecture and the City. He received his master's in architecture from Yale University. His writing has been published in the Journal of Architectural Education, Log, CLOG, Volume, and Domus. His architectural criticism has appeared in the Architect's Newspaper, and in the local alt-weekly Baltimore City Paper.