Each student in Landscape Architecture Studio 3 was assigned one of nine different iconic gardens from around the world. After studying their gardens, they produced detailed proposals for each site's transformation over a period of decades. Tianyu's garden was the Parc de Saint-Cloud, which is located near Paris, France.

While performing his background research, Tianyu noticed that two events had played outsized roles in transforming the site's landscape into what it is today. The first was the Franco-Prussian War, during which the Château de Saint-Cloud, a royal residence that once occupied the site, was destroyed by crossfire between French and Prussian forces. The second was the much more gradual destruction wrought by climate change, which is slowly expanding the floodplain of the Seine along the park's eastern border. 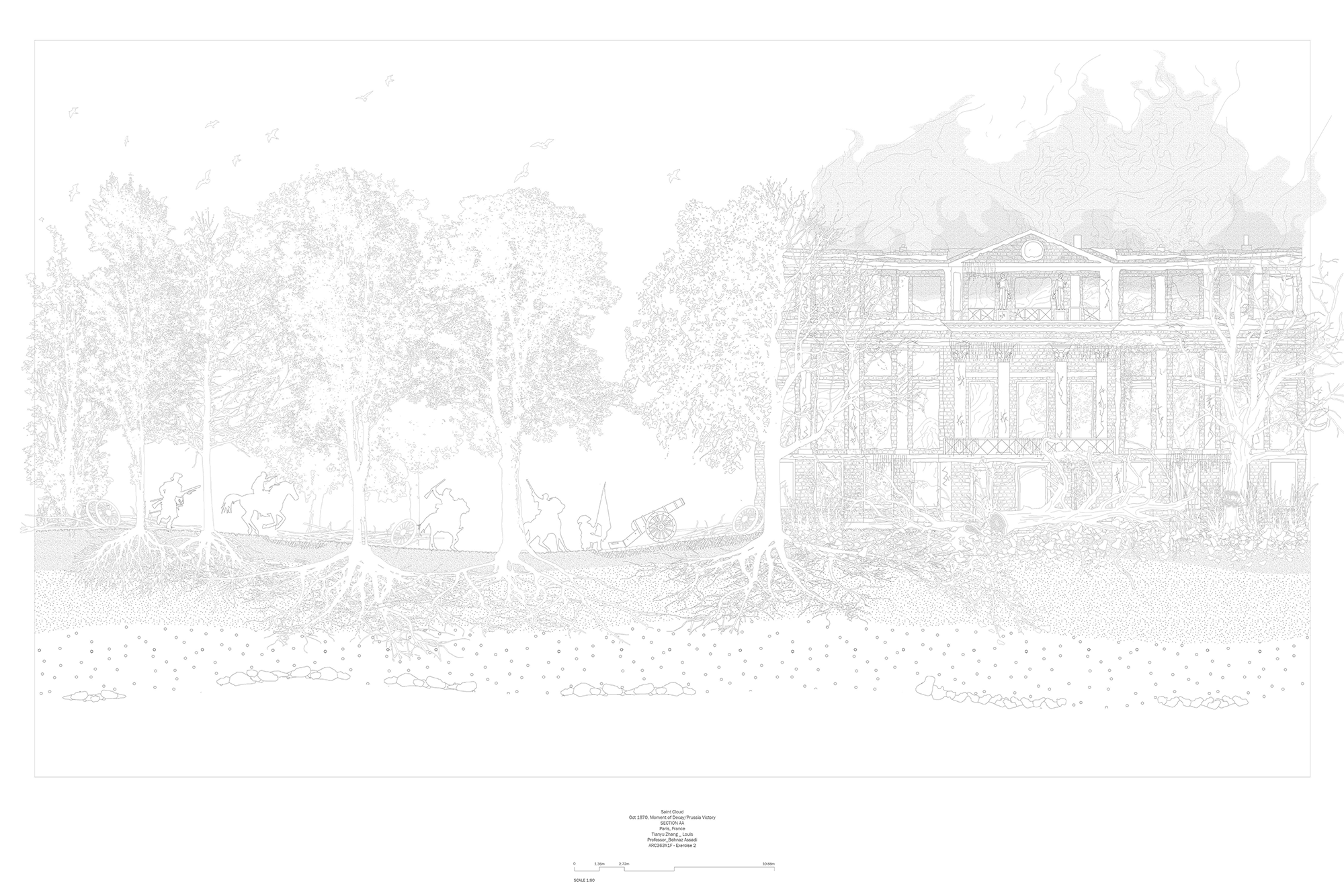 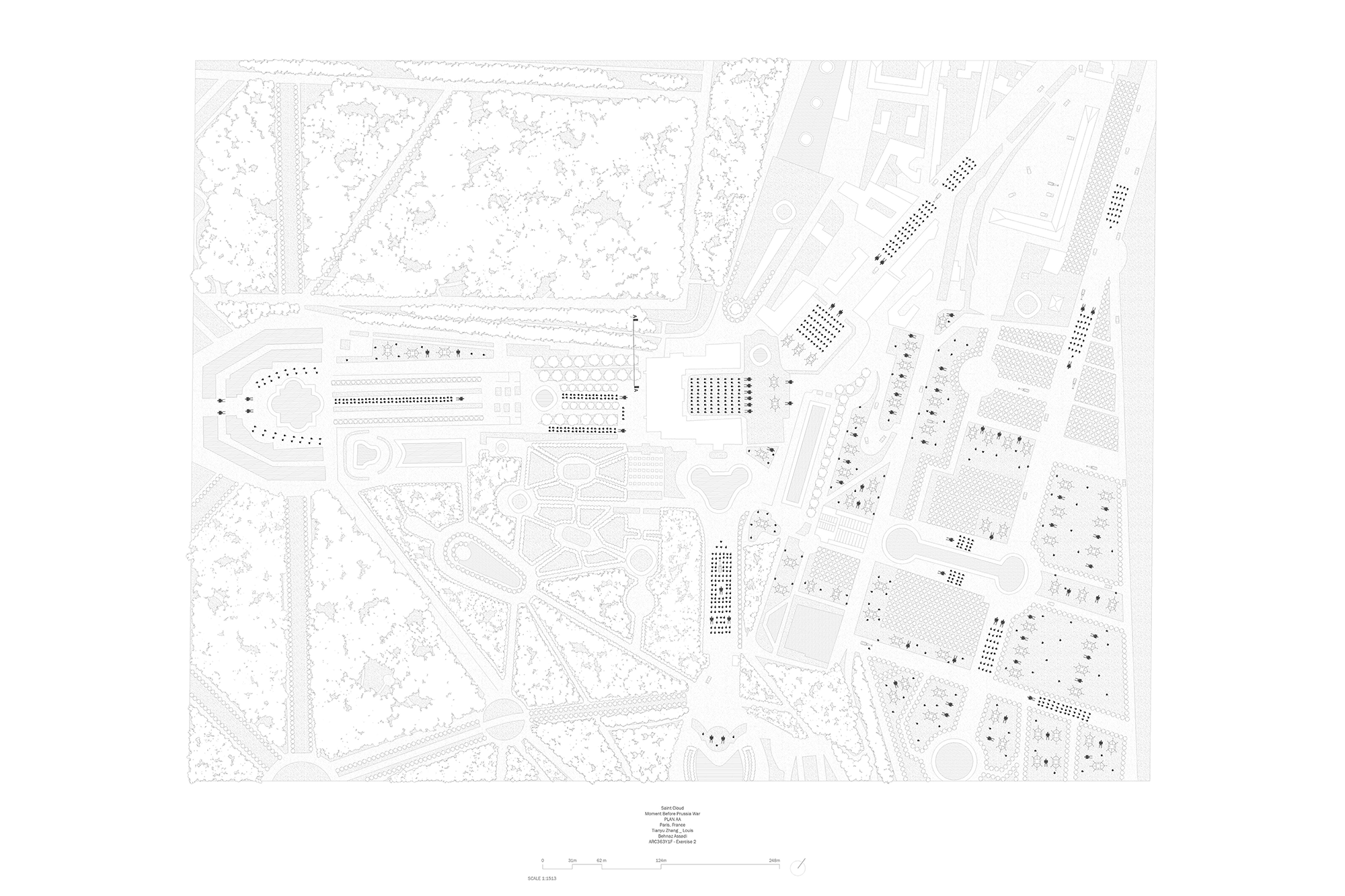 "When the architect first designed the place, there was a sense of symmetry," Tianyu says. "But as the park evolved, the paths and circulation became messy and irregular."

Rather than attempt to undo or alter the Parc de Saint-Cloud's centuries-long evolution, Tianyu focused on the site's future. That meant shifting his attention to Saint-Cloud's eastern edge, near the Seine. "I focused on the parts of the park that are in the flood plain, and that will be impacted by flooding in the future," he says.

His proposal calls for this piece of the park to be transformed into an artificial wetland. The area would be planted with willows, sunflowers, phragmites, and other plants capable of absorbing polluted water from the Seine and slowly remediating it.

To the west of the wetland would be a series of retaining ponds, designed to act as overflow areas during flooding events. Water from the Seine would be channelled into the ponds, where strategically selected flora would help sequester contaminants. 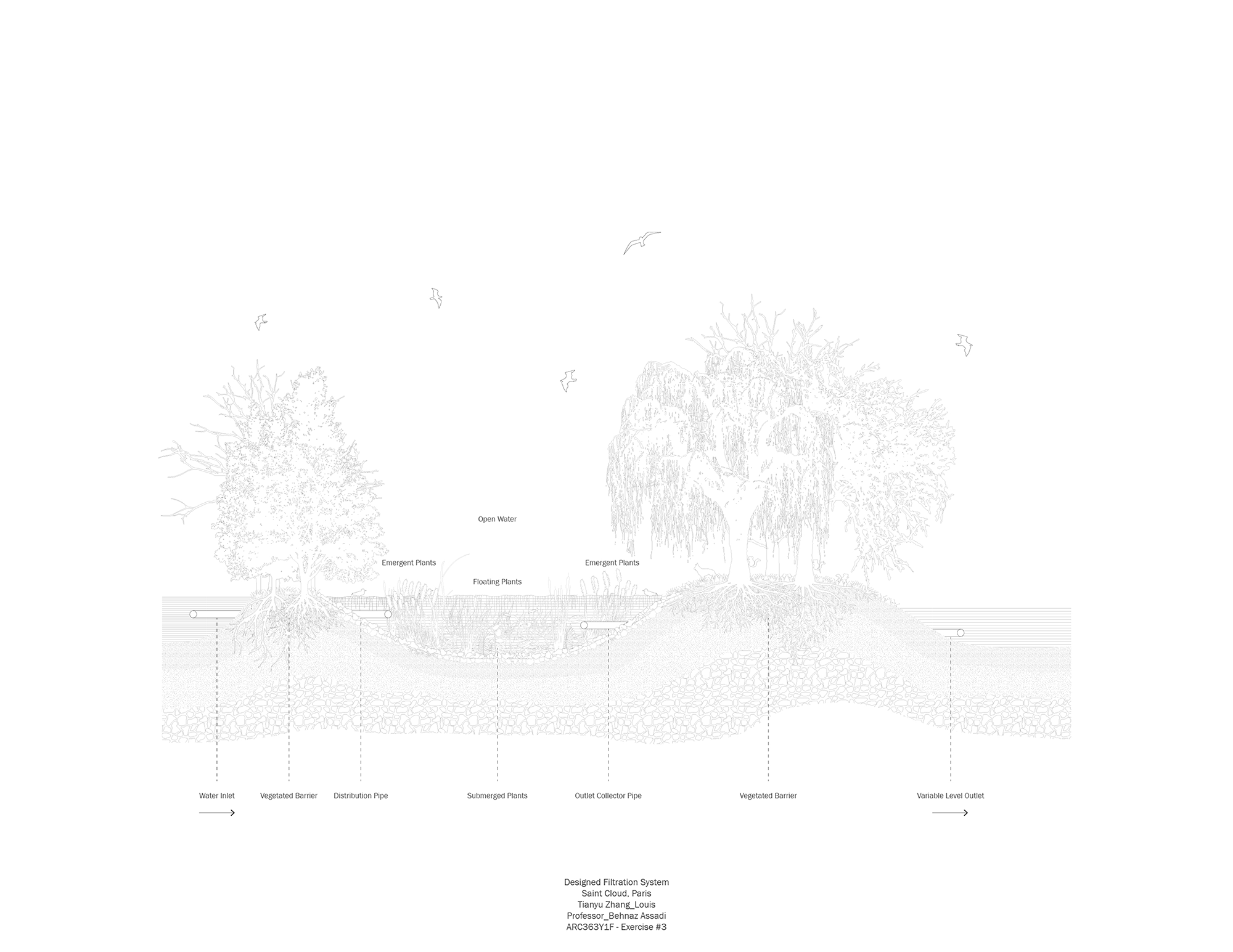 The plan also calls for a highway that runs between Saint-Cloud and the Seine to be elevated. This would lift the highway permanently out of the river's floodplain, ensuring its safety even in a worst-case climate change scenario. 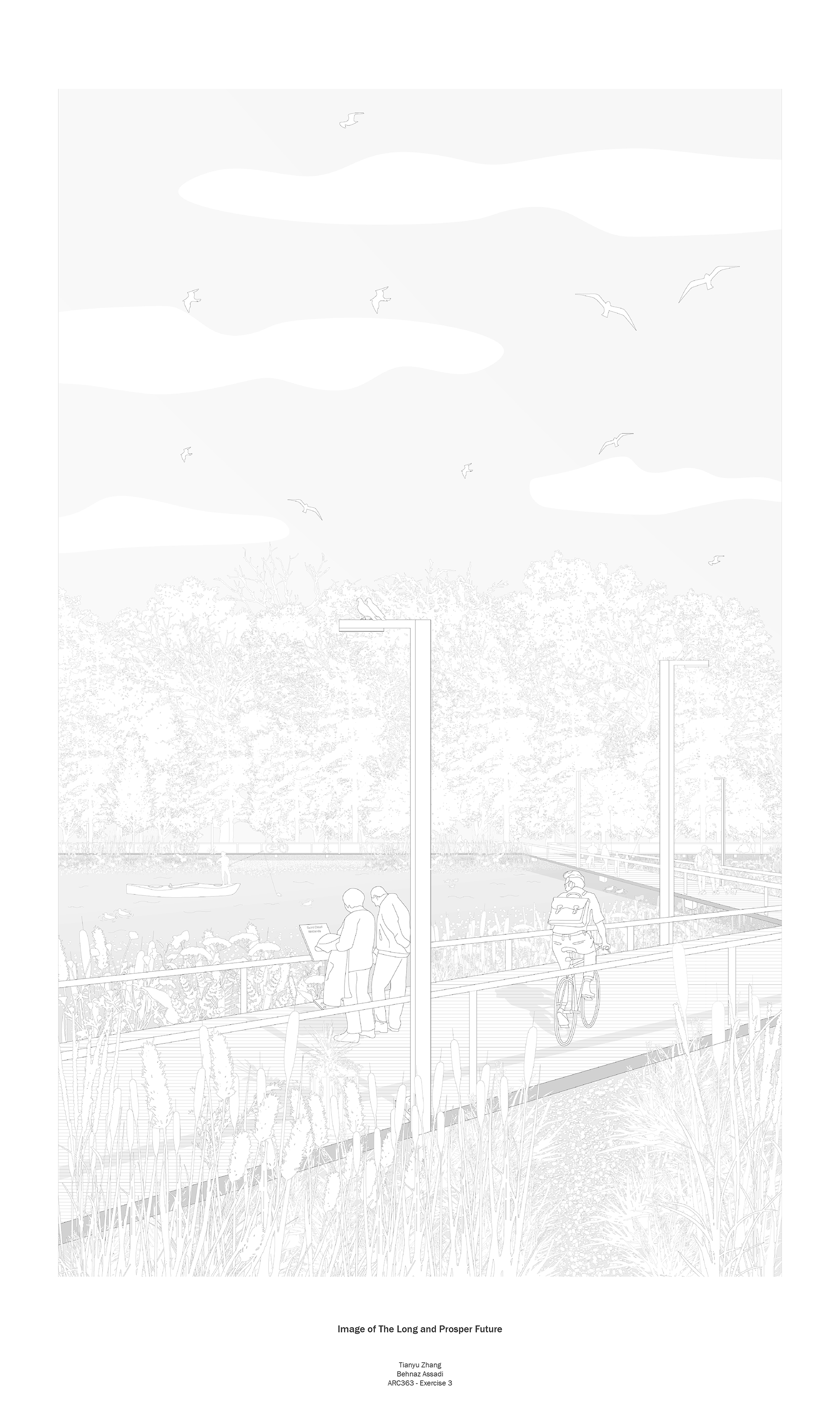 Tianyu believes the design toolkit he created for Saint-Cloud could be implemented elsewhere along the Seine. "I wanted my project to be a palette project," he says. "There are many locations along the Seine where similar proposals could be introduced to make the river more habitable and cleaner in the future."